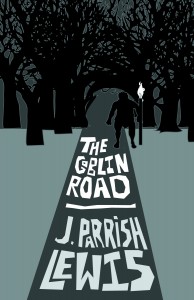 There’s this book I wrote that I never expected to write. Years ago, I woke up with the lingering memories of fresh dreams, which bordered on nightmares, still rattling around in my thoughts. The story interested me, and I figured I’d write it down. As I wrote, I decided I’d create a hero character to go along with it, rather than feature me as the dreamer.

I figured it’d be a nice little story. As I wrote, I got wrapped up in the story and I wanted to know more about what would happen to this character. One part of me was the writer, the other was the reader. I was writing to entertain myself, and I had so much fun that I realized it was going to be a book.

Look, I’ve started many projects that I haven’t finished. I know this to be a habit of mine. So when I started writing this book, I realized I’d have to commit to writing the entire draft in a month’s time or it would never get finished. So I did. 30 days later I had a complete novel.

The end result was my novel, The Goblin Road, which I still love.

I try to be the kind of person that doesn’t have a big ego, because humility is important to me. Yet I’ll say this: I’m a fan of The Goblin Road. This seems odd, because I wrote it. The truth is, writers may write, but they don’t necessary memorize what they write. When I read it these days, it’s almost like someone else wrote it. Then I can enjoy it again, as if I were a reader that knows the story but forgot how it was written.

So I invite you to join me, and read the first chapter. If there’s enough interest, I’ll post another. Or you can simply buy the book.

With appreciation for every reader,

LINK TO FIRST CHAPTER, which you can share: https://www.munkymind.com/blog/2014/12/19/the-goblin-road-chapter-one/