It almost seems dangerous to say that I love music, because not everyone will understand and I will be judged. While the majority of the Deaf Community will say they don’t enjoy music at all, there are plenty of us that do love music. Even when we cannot hear it.

From hearing people who have little or no understanding of the life of a deaf person, I usually get baffled comments when they find out I enjoy music. I don’t mind this, because I find it amusing.

In the Deaf Community, we usually don’t talk about it. Usually it’s got to be paired with an ASL video signing the song before most will express an appreciation for it, and it’s usually for the ASL. This is not wrong, and I don’t at all have a problem with anyone appreciating only the ASL half of the song. Everyone’s got their likes and dislikes.

For me, although I definitely do enjoy quality videos that show songs in ASL, such as this video from D-PAN (Deaf Professional Arts Network) and others that they do, I don’t need ASL to enjoy the song.

I remember listening, before I became deaf, to Prokofiev’s Peter and the Wolf. The music was haunting, and the story had me ensnared. I listened to this little record spinning on my turntable in my room. It’s a vivid memory, and the only one I still have of hearing with my own ears.

It wasn’t too long before I became deaf. I don’t even recall this being difficult for me. It was part of life, just something new.

I spent my childhood with the lyrics to Beatles songs in my head, without hearing any of it. I’d put my hands on our large record player, just to feel the music. Sometimes I’d press my ear against the surface, though I didn’t actually hear anything. I felt the music, though. This was one of those record players built into a piece of furniture, so it was quite large and the vibrations were enough to experience music through touch rather than sound.

The music vibrating through my body put me into a calming trance. I felt happy, and it didn’t matter that I couldn’t hear it. I felt the music, and I knew where the words belonged.

I sang these words out, either in my head or by voice. I felt connected, through time and space, to the bands that produced the music. And yes, it was often the Beatles.

Here I had these stories, these poems, and they came with these strong vibrations that seemed to sneak right into the core of who I was. The words soothed me, the beat calmed me, and the vibrations of the guitars reverberated through my body from head to toes. What was not to love? It didn’t matter that I couldn’t hear it.

When I was 17, I got my Cochlear Implant. I didn’t completely want the CI, and it was my choice in the end, but I went ahead with it because by that time I felt pretty isolated. It was resignation, rather than excitement, that ultimately led me to going ahead with the surgery. The idea of music, of listening to it again, was intriguing, however.

When I listened to the Beatles for the first time, I thought their versions of their songs were nowhere near as good as the versions that played in my head. But I got used to their versions, and eventually loved them as well. In the space of a year’s time, I had collected more than 100 CDs. I was addicted to music. I loved it, even more, though I felt guilty sometimes. As if it were a crime to love listening to music.

I didn’t want to be hearing, I just wanted to listen to music and understand people, and then take my CI off whenever I felt like it. Always, I was deaf; Having the CI did not change how I felt at my core.

My tastes expanded. Suddenly it was not just the Beatles, but now my musical interests included REM, U2, Red Hot Chili Peppers, and so on and so on. Too many to count, and every CD a prized possession.

I memorized the lyrics to every song I loved. I sang them in my head even when the music was not there. The words were poetry, and poetry exists beautifully on its own.

Eventually the CI processor, the external device that connects with the implant itself through magnets, broke. When the CI company said they no longer fixed the kind I had and that I’d have to upgrade for another $6,000 or so, I just didn’t get it replaced. My insurance would not cover it.

Then the CI companies kept coming out with newer versions, and less and less of them became compatible with my implant. Eventually people started to have some success at convincing their insurance companies to cover a replacement, and I would mull over the idea every few years about fighting for it to cover, but I kept stopping myself. You see, I am convinced that even if I were to replace the CI today with a processor that’s still compatible with what I have, I believe there’s going to be a day when it will break and no replacement will be compatible.

I will never undergo CI surgery again. I would rather be deaf than do that.

It has been about a decade since my CI broke. I have heard absolutely nothing since then. Most days, I’m alright with that. There are times I miss the easy communication with hearing people, and there are times I miss listening to music with my CI. There are times I want to know what my children’s voices sound like. Enough that it’s possible I will eventually see if a digital hearing aid will work enough for the ear that is intact, but we shall see. I am not rushing out to make that happen, and surely there is a reason for that.

Here’s the interesting thing, at least to me: my taste in music has continued to expand over the last ten years without hearing anything. My new favorite bands, I’ve never heard their music. I’ve felt it by laying my hands on the laptop’s speakers. I’ve memorized the lyrics and watched the music videos. I know these songs so well, I can recall them at any moment. I don’t need to hear them, because they are in my head. They are poetry without sounds. They are full of the music that my mind recreates based on what my hands feel on the laptop.

Maybe, like my earliest versions of the Beatles’ music, these recreated songs are extremely different than what people hear. Does it matter?

What is real? Is the song I hear in my head and hands any less real than the one you hear with your ears? 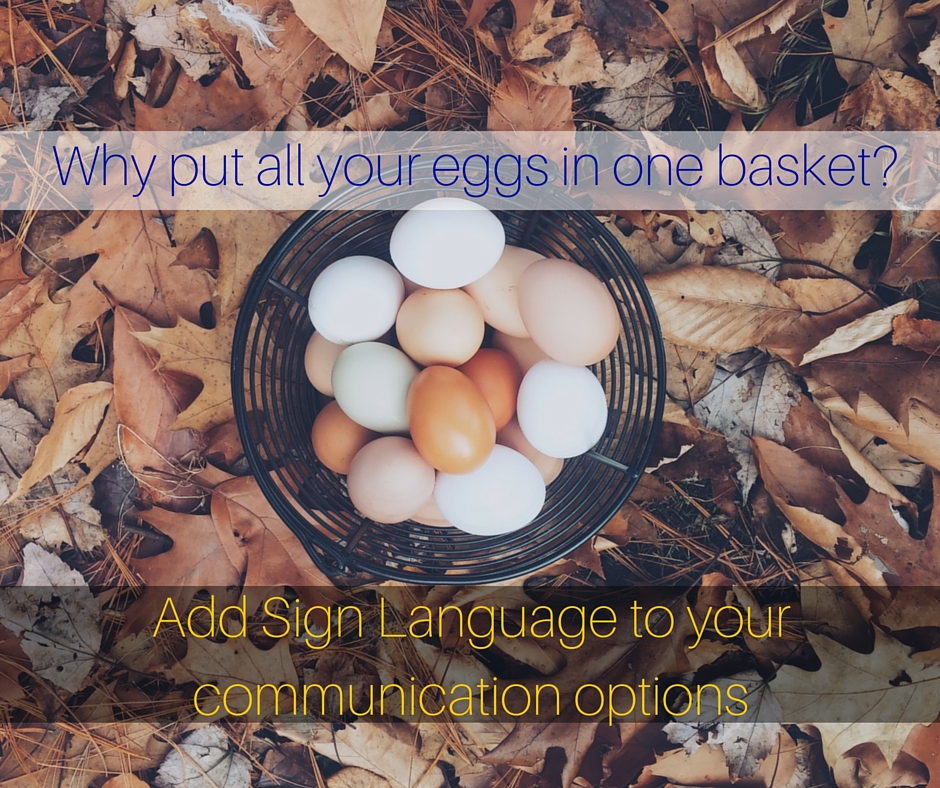 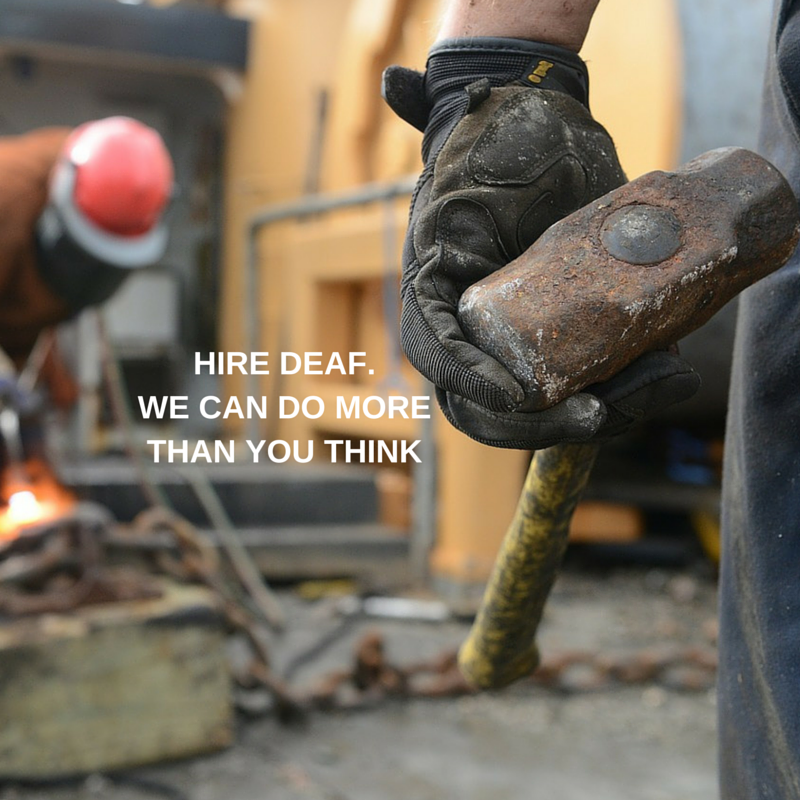 When you hire a deaf employee, you make our world more welcoming 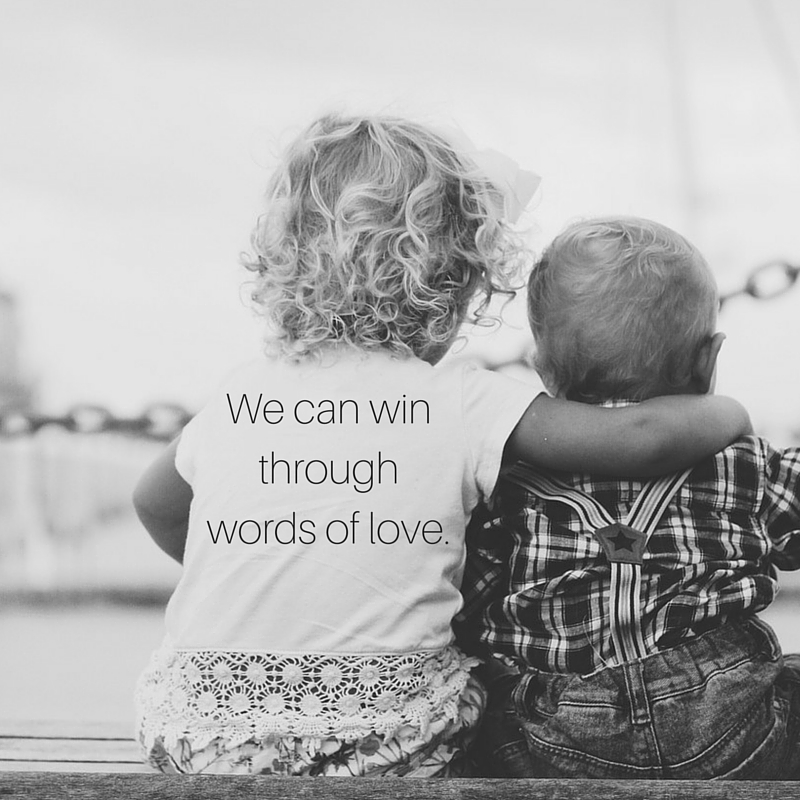 When our words and acts are full of love, we win